The Gettys Family & the Founding of Gettysburg 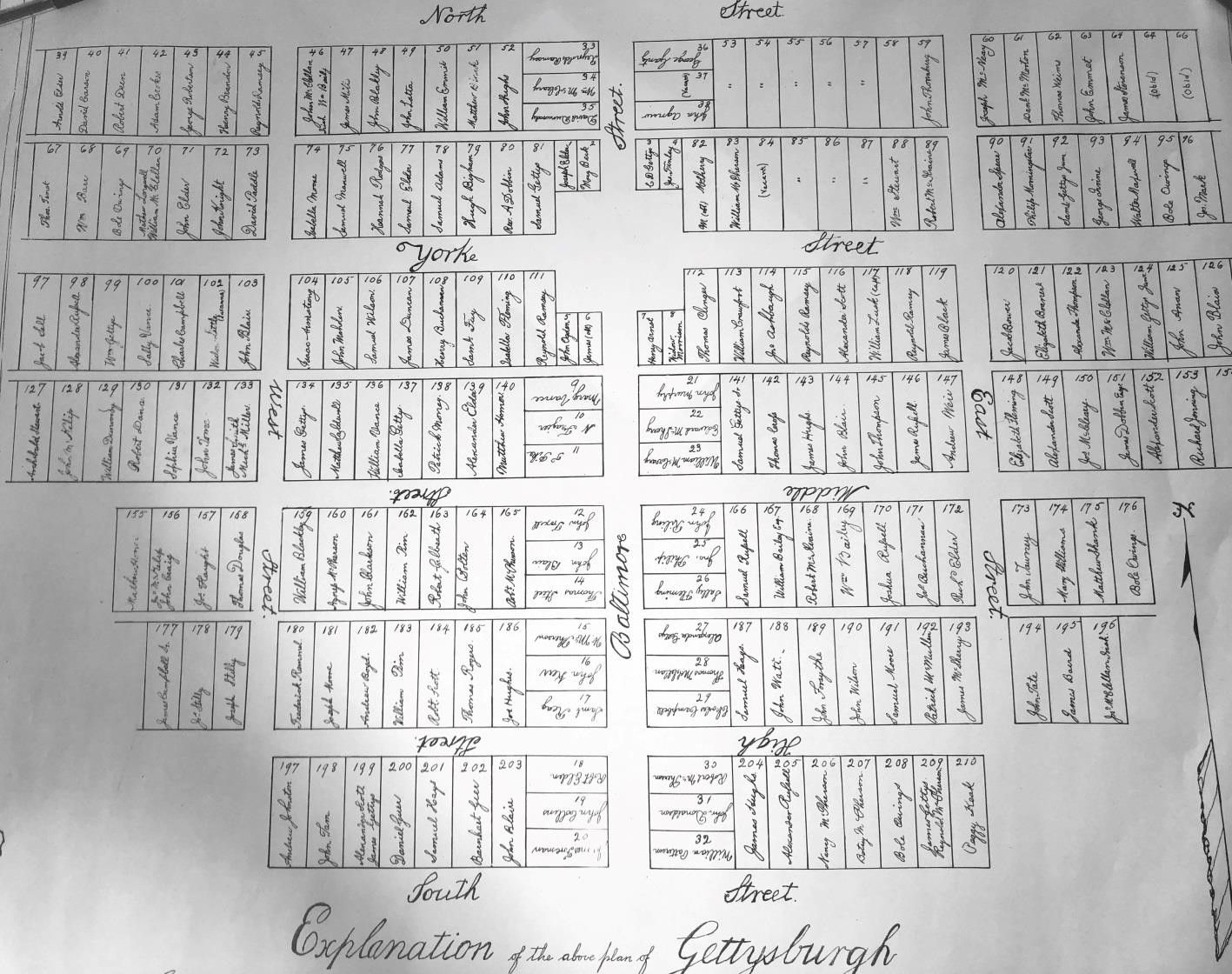 The founding of Gettysburg might not have been picturesque, but it surely demonstrates the eccentric history of a town routinely defined only by its war legacy. James Gettys (1758-1815), the distinguished founder of Gettysburg, can thank his pioneering father Samuel Gettys (1725-1790) for his abundant success. Samuel Gettys arrived in the area around present-day Gettysburg, then known as the Marsh Creek settlement, in 1739 or 1740 to stake claim to the land. During this time from 1736 onward, pioneer settlers, especially Scottish-Irish immigrants like Samuel himself, set out from southeast Pennsylvania in search for their own land. By 1741, there resided approximately 150 heads of family in the region – most of them farmers, but others working as flour or saw millers, tanners, and blacksmiths. Eventually, in 1749, York County was established, which encompassed what is now considered Adams County.

By all accounts, Samuel Gettys was the fascinating, albeit dubious, antihero that the town of Gettysburg deserves. In 1762, Samuel acquired a tavern license. Supposedly, this came after authorities caught up to him after operating it underground for years.  Nonetheless, in 1765, Samuel acquired the legal title to 381 acres of land around the tavern, officially opening a store alongside his tavern. This proved a surprising clever decision by Samuel because it would later lay near the intersection of one of two east-west roads through the county, as well as the Shippensburg-Baltimore road constructed in 1769. It became hugely successful – so much so, that recruitment for George Washington’s Continental Army took place there in June 1775.

Eventually, Samuel’s dealings got the best of him; though it might have set into motion the town’s very founding. Allegedly, he accrued considerable debt in dealing Continental money. So, in order to satisfy what he owed, the court ordered the sale of some of his land in the early to mid-1780s. Fortunately, in 1785 his enterprising son, James Gettys, bought back 116 of those acres on which his family’s businesses stood at a sheriff’s sale. Wasting no time, James  laid out his blueprint for a town soon after. The fledgling town contained 210 lots, which would be sold through a lottery system.

Gettysburg was officially born on January 10, 1786, the day that ground rent began. It became part of the post-revolutionary wave of Adams County towns, including Fairfield and New Oxford. One of the early buyers was John Troxell (1761-1855), a Revolutionary War veteran.   By the time of his death at the age of 94, John left behind 10 children (one of them being Abraham Troxell, the first child born in the town), 71 grandchildren, 120 great grandchildren, and 20 great-great grandchildren! One of his great-great grandchildren, William Troxell, became mayor of the town, serving as recently as 2016. By 1795, about one-fourth of the town’s lots had been sold.

Around the time of Gettysburg’s founding, people of western York County began trying to persuade the legislature to detach and form their own county. Though the legislature proposed sites in Straban, Mount Pleasant, and Cumberland townships, James Gettys remained adamant that Gettysburg become the new county seat. In a bold offer, James included a pledge by townspeople to raise $7,000 to defray the costs of county buildings. This convinced York County officials, and on January 22, 1800, Gettysburg became the county seat of the newly-formed Adams County.

The history of Gettysburg’s founding embraces a host of characters that no doubt left indelible marks on the town. From John Troxell’s impressive family tree, to Samuel Gettys’ initial bravery and James Gettys’ uncompromising will, Gettysburg beamed with the same vitality that it flashes today. Without the efforts of its forefathers, Gettysburg would not have become the same illustrious town forever known and beloved.