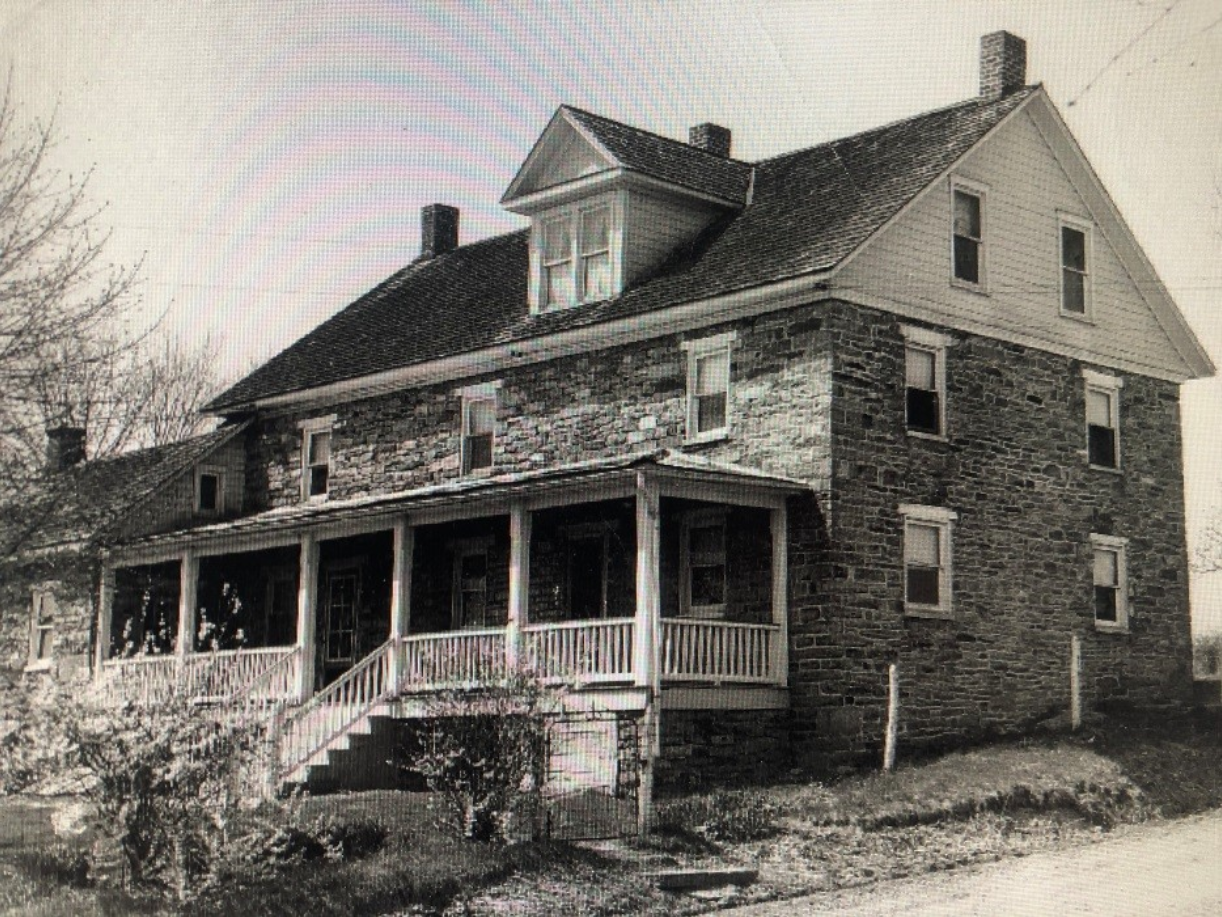 What if you heard that George Washington stayed overnight down the road from your house? Would you believe it?

After dealing with the Whiskey Rebels in western Pennsylvania, Washington journeyed through Adams County on his way back to Philadelphia.  His brief interaction with the county in 1794 sparked a lot of stories.

The Whiskey Rebellion hardly deserves the name, “rebellion”, but it did pose a threat to our new republic.  In 1791, Congress passed the nation’s first internal revenue tax – an excise of 4 pence per gallon on whiskey. This law swiftly met with resistance from backcountry farmers, especially in western Pennsylvania. Whiskey represented a way of life.  It enlivened the farmers’ bare existence, it was easy to transport, and it was used as an informal currency.  Farmers lashed out at the tax, and the tax collectors.  Not a few tax-men were tarred and feathered.

Tensions reached a fever pitch in July 1794 when about 500 armed men attacked and burned down the home of a regional tax inspector.  Washington was spurred into action. In August, Washington issued a congressionally-authorized proclamation which ordered the rebels to go home, and called for state militias from Pennsylvania, New Jersey, Maryland, and Virginia to convene. When meetings with the rebels proved unproductive, Washington himself led 13,000 to 15,000 troops to Bedford in Western Pennsylvania. In an anticlimactic turn of events, the farmers opposition evaporated and so did the farmers.  The rebels dispersed and no fighting took place.

Washington departed Bedford, Pennsylvania on October 21st. Traveling along Black’s Gap Road, on October 23rd around noon, he came to the Russell Tavern. The tavern was built between 1775 and 1777, and was owned by Joshua Russell.  It was a few miles north of Gettysburg, and about ¼ mile west of the present-day Gettysburg-Biglerville Road. The story is that the Russell’s neighbors celebrated the great man, and his party, with an ample dinner.  Most versions of the story have Washington leaving the Tavern and travelling on to York.  A few versions say he spent the night under the Russell’s roof.  Whichever version is true, his visit became legendary -- it inspired other Adams County peoples to claim that Washington stayed in their towns as well. The tavern changed hands over time, but remained an extraordinary historical symbol for over 100 years. It became known as the Carey House after John Carey took possession of it in 1840. Unfortunately, tragedy struck in 1917, when the interior of the building was gutted in a fire caused by a dirty flue.  The Carey family rebuilt what they could.  In the 1970s, a new owner restored the interior of home.

Although it amounted to nothing, the Whiskey Rebellion left its marks both on Adams County, and the nation.  Many local soldiers marched west with Washington. Our Adams County Historical Society preserves many of these soldiers’ records, including those of Henry Ferguson and Josiah Kerr.  Nationally, Washington’s actions during the Whiskey Rebellion won over many who doubted the authority of the federal branch of the government.  Internationally, Washington’s success convinced other countries we could enforce our own laws.   The Whiskey Rebellion remains an unsung affirmation of the American experiment -- it just so happens that part of its legacy lies in the memory of a small tavern just outside of Gettysburg.