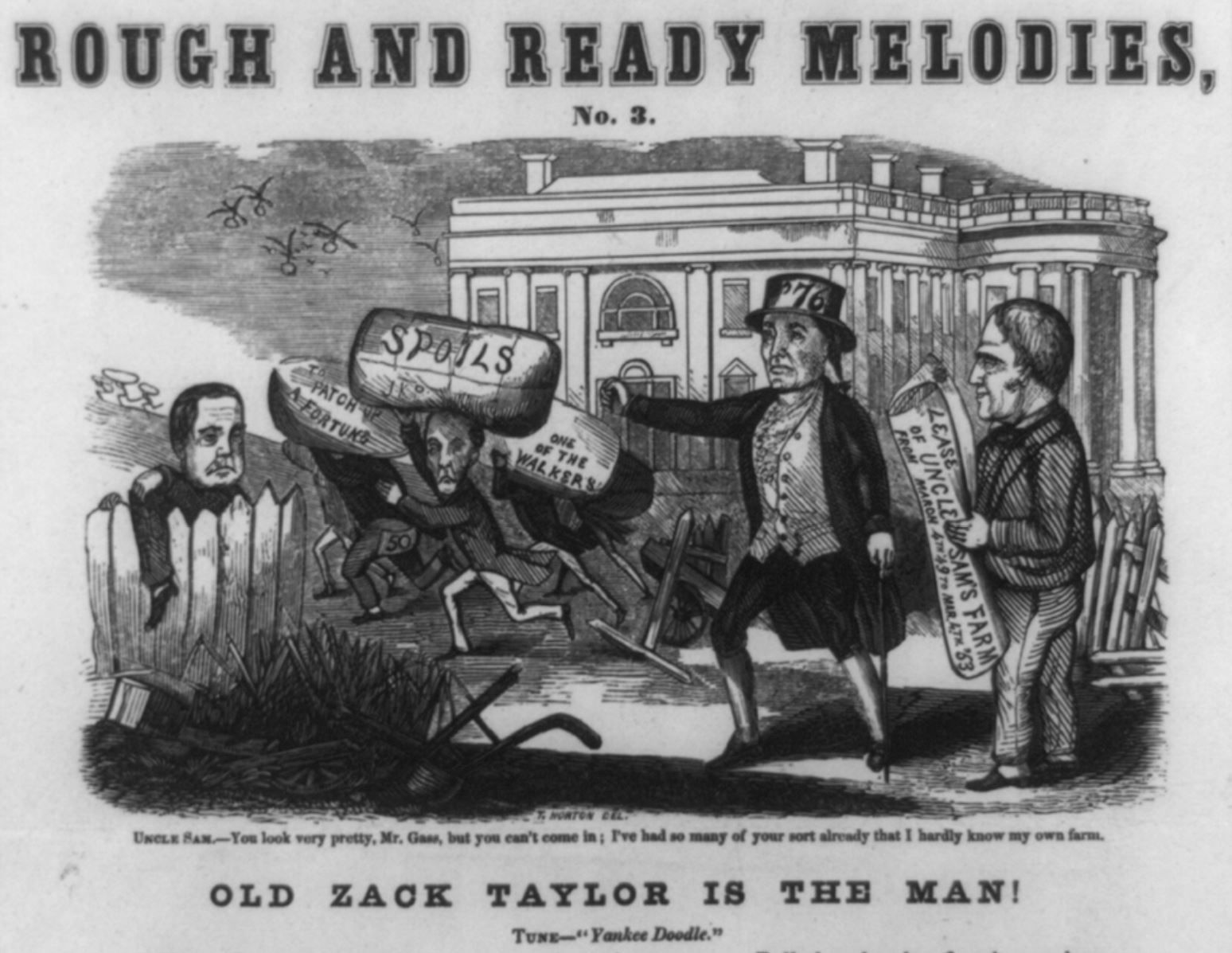 This is an excerpt from the essay 'Adams County Votes for President, 1804-2008' that was published in the 2009 Volume 15 of Adams County History.

In response to a provision in the new Constitution, on September 13, 1788 Congress, still operating under the Articles of Confederation, ordered that the first presidential electors in each state were to be chosen on the first Wednesday in January 1789 (which was the seventh) and that they were to meet and cast their votes on the first Wednesday in February (which was the fourth). On October 4, 1788 the Pennsylvania legislature decided that the ten electors to which the state was then entitled were to be chosen, not by its members, as was the case in several other states, but by the voters. The 1776 Pennsylvania constitution then in effect specified that any person (the word used was freeman) twenty-one years of age or older who had lived in the state for one year and paid what were called public taxes was entitled to vote in any election. These taxes could be on real estate, personal property (such as a horse or a cow), or on an occupation. In the case of a single person, payment of a small head tax would qualify him to vote. 7 Even after an elected Pennsylvania convention had ratified the Constitution in December 1787, considerable opposition to the document remained in different parts of the state. Some argued it should be amended immediately. A few thought it should be repudiated.

A conference which met in Harrisburg in September 1788, to nominate candidates for the House of Representatives, also selected some candidates for presidential electors, who if elected might have considered voting for someone other than George Washington as president. A conference which met in Lancaster in November chose ten electoral candidates who were strong supporters of the Constitution as adopted. On January 7, 1789 the voters gave an average of 6,297 votes to the Lancaster ticket and an average of 443 votes to the Harrisburg ticket.9 As the state law required, the ten electors met in Reading, not Philadelphia, on February 4, 1789. The Constitution directed each elector to "vote by Ballot for two persons, of whom one at least shall not be an Inhabitant of the same State with themselves." When all of the votes cast have been counted, "the Person having the greatest Number of Votes shall be the President, if such Number be a Majority of the whole number of Electors appointed." The person having the next largest number shall be the Vice President. Provision was made for selecting both officers if these provisions were not met. The ten Pennsylvania electors voted for George Washington. Eight cast their second vote for John Adams and two for John Hancock. Lacking a quorum until April 6, 1789, the Senate of the United States could not organize and count the electoral votes until that date. With ten states participating (not including in this first election Rhode Island, New York, and North Carolina), each of the 69 electors cast one vote for George Washington. John Adams received 34 of the second votes, enough to elect him vice president. The other second votes were cast for ten other persons.

Four years later, the first federal census had been taken. There were now 135 electors, 15 of whom were from Pennsylvania. Again there were two tickets, one which was described as supporting "the federal interest in Pennsylvania," and the other which was labeled the "Rights of Man" ticket. The election occurred on November 6, 1792. The federal ticket received an average of 2,543 votes and the opposition received an average of 1,042. When the electors met on December 5, 1792, George Washington received 132 votes and John Adams, 77. Three electors, two from Maryland and one from Vermont, are not on record as having voted. Most of the second vote not cast for John Adams went to George Clinton, who was governor of New York from 1777 to 1795 and had opposed adoption of the Constitution. Having received the required majority, Washington and Adams were reelected.

The presidential election of 1796 was the first one in which George Washington was not a candidate. In his farewell address published in a Philadelphia newspaper on September 17, he explained why he was retiring from public office and urged his fellow countrymen to pursue policies at home and abroad intended to preserve their precious possession, which he termed "the union of the whole." In what he called "the most solemn manner" he warned "against the baneful effects of the spirit of party generally." He was surely aware that parties were even then rapidly developing as Americans differed sharply on issues such as responding to the French Revolution and resisting the 1791 federal excise tax on whiskey.

One likely candidate for president in 1796 was John Adams, completing his second term as Washington's vice president and supporter of most of his policies. Another possible candidate was Thomas Jefferson, who resigned as Secretary of State in December 1793 because of his disagreement with those policies. Jefferson took no active role in advancing himself as a candidate. That task was left chiefly to his friend James Madison.

The author of an article which appeared in the October 26, 1796 issue of the weekly Pennsylvania Herald and York General Advertiser and addressed "to the citizens of York County" declared that the "approaching Election ... must be considered a crisis of importance and general concernment, equal to any that has occurred, since the adoption of the present form of Government." The reason for such concern, he wrote, is simple. "One part of the community, ... manifest a degree of peevishness and discontent at every public measure entered into by our Government, whence it arrives that every transaction of the administration, .. .is arraigned, characters most eminent ... are calumniated and reviled, their public conduct misrepresented, and every stratagem attempted to ruin them in the confidence of the people."

This faction, which already exists "in every part of the United States," knows that it can make no headway "as long as Washington holds the reins of Government." Now it sees "an opportunity ... to gain an ascendency." Its supporters have chosen as their candidate Thomas Jefferson of Virginia, "a man who has long been suspected inimical to our present Government."

To oppose Jefferson, "the friends of Government, and its present prudent administration," have presented as their candidate John Adams of Massachusetts, "a man of exalted talents, and inflexible integrity," whose long service to his country in many capacities "justly challenge for him, the honor of becoming the successor of
Washington."

The author of this article reminded his readers that York County, "by its uniform zeal for the support of order and good Government, has acquired considerable reputation among that part of the community, denominated Federalists," If its voters turn out in sufficient strength, the electors chosen in Pennsylvania should be of that party and John Adams should be elected. ''The Federalists hope every thing from your exertions," he wrote, "the Antifederalists and Democrats dread every thing from your unanimity.

At the election of November 4, the voters of York County cast 3,224 votes for the Federalist electors and 141 votes for their opponents.13 It quickly became apparent that at the state level the two emerging political parties were almost evenly balanced.

The law required the governor to certify the names of the fifteen electors having the highest number of votes within fourteen days of the election, but at the end of the day on November 18 three western counties- Westmoreland, Fayette, and Greene-had not yet reported. Only after consulting legal advice and receiving the Westmoreland and Fayette returns did he act on November 24 to certify the names of the fifteen persons with the highest number of votes. Thirteen were supporters of Jefferson and two of Adams. Of these, fourteen cast their vote for Jefferson and one for Adams. The highest vote cast for a Jefferson elector was 12,306 and for an Adams elector 12,217.