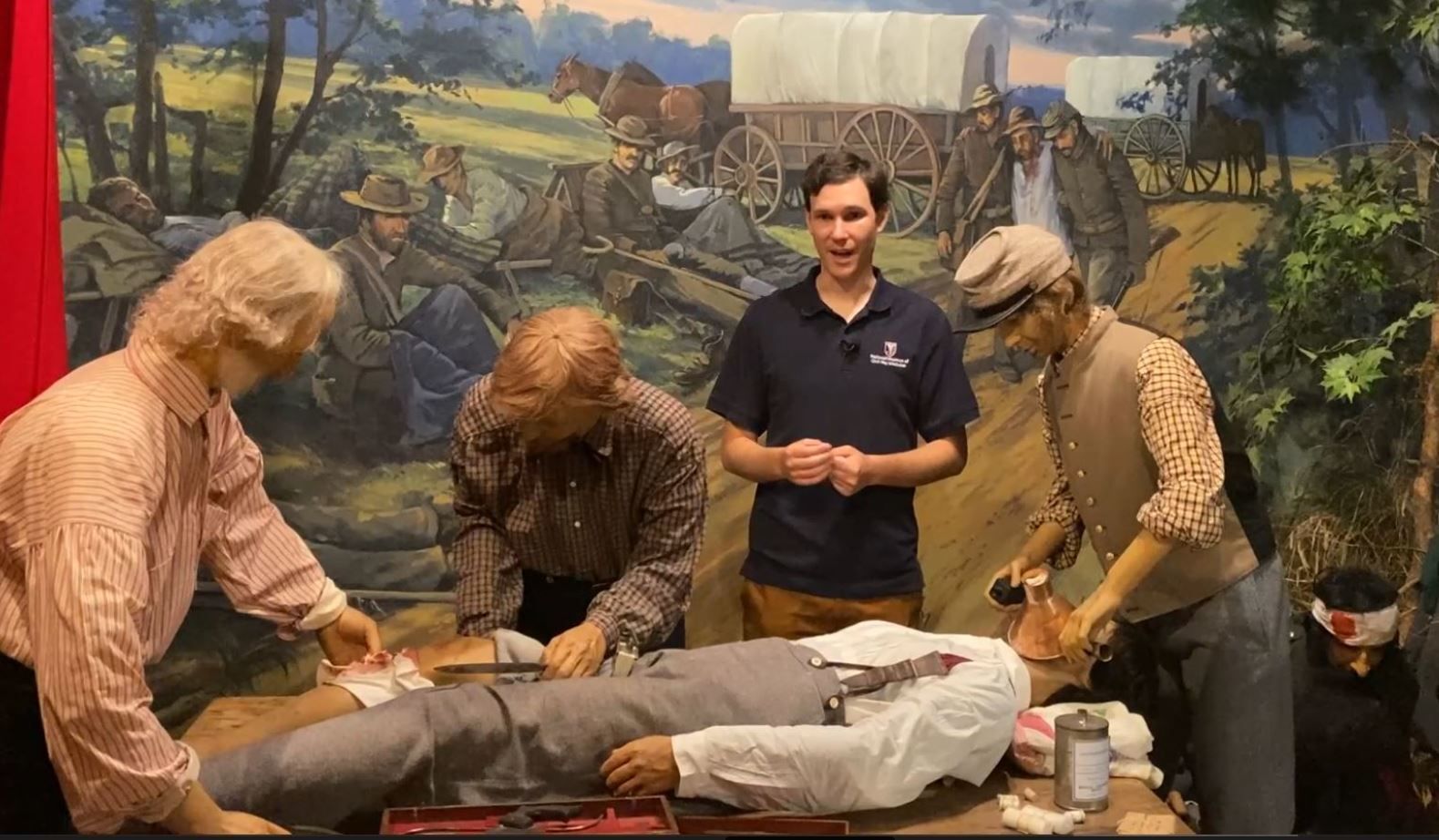 One of the most important medical innovations to come out of the Civil War was the Letterman Plan. The system of emergency medicine and evacuation was the first of its kind to ensure wounded soldiers were cared for from the moment they were injured, all the way though long term recovery. By tracing the story of one wounded soldier from the Battle of Gettysburg, Henry Reed of the 88th Pennsylvania, we can explore how the Letterman Plan worked and why it's important.

Our speaker is John Lustrea, Director of Education and the Website Manager at the National Museum of Civil War Medicine. He earned his Master’s degree in Public History from the University of South Carolina. Lustrea has previously worked at Harpers Ferry National Historical Park during the summers of 2013-2016.

For information on the National Museum of Civil War Medicine and its three sites (Frederick, Antietam, and Washington, DC), check the museum’s Web page at civilwarmed.org.