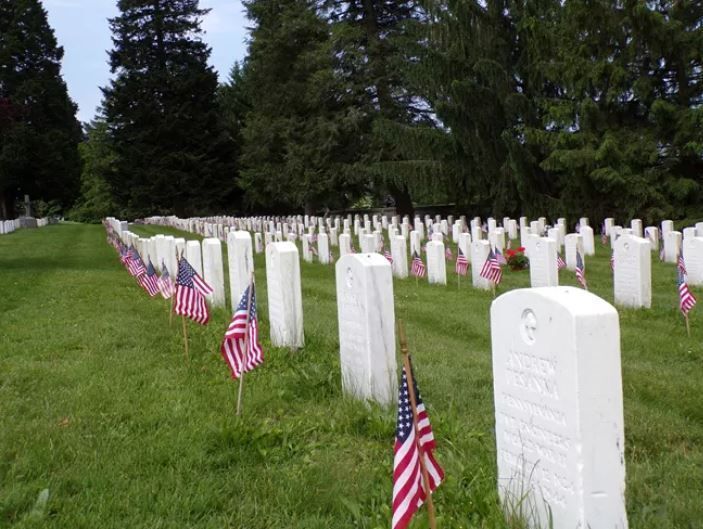 Join Park Ranger Dan Vermilya to explore the stories of native sons of Adams County who made the ultimate sacrifice in the Second World War.
Over 100 servicemen from Adams County were killed in action or died of their wounds in World War II. Of those, over a dozen were buried in the Gettysburg National Cemetery. Some of these veterans were born and raised in Gettysburg. Others were tied to Adams County by their careers, education, or family. They were brought to this historic site when the cemetery was opened to returning those casualties of the war to their home soil. The Gettysburg National Cemetery was, at that time, one of only two cemeteries in Pennsylvania accepting repatriation.
Dan Vermilya is a park ranger at Eisenhower National Historic Site in Gettysburg. He has previously worked at Antietam National Battlefield, Monocacy National Battlefield, and Gettysburg National Military Park. See less